Whenever anyone hears about hacking, the consensus is that cybercriminals illegally infiltrated a system, network, or account to conduct illegal activities. Contrary to what the court of public opinion believes and puts forth, hacking is not always conducted with the intent to cause harm. In fact, many hackers hack intentionally to improve IT security. Such practices are known as ethical hacking, whereas hacking that is done with malicious intent is known as unethical hacking. For today’s blog topic, our IT professionals would like to address the dichotomy between ethical hacking vs unethical hacking.

Understanding The Types Of Hackers

Before diving into the trenches of ethical and unethical hacking, we must first discuss the types of hackers who perform them. Hackers can be classified in many forms, these include White Hat, Grey Hat, Black Hat, Green Hat, Blue Hat, Red Hat, and so on, and so forth. Hackers are generally divided into three main categories: White Hat Hackers, Grey Hat Hackers, and Black Hat Hackers.

White Hat Hackers are professional hackers who are experts in the cybersecurity field and perform hacking for government and official organizations. They are certified hackers who work with or alongside IT companies to solve their IT issues. The hacking performed by these hackers is deemed ethical.

Black Hat Hackers are skilled programmers who are also professionals in cybersecurity, but perform hacking with the wrong intentions. Such hackers infiltrate the system to get unauthorized access to the devices. These types of hackers work for personal gains and are mostly conducting illegal acts.

What Is Ethical Hacking?

Ethical Hacking is performed by White Hat Hackers to find vulnerabilities of the system and prevent the Black Hat Hackers from illegally getting into and stealing data from any system. Large enterprises conduct ethical hacking to test the cybersecurity level and identify weak points in their systems. Ethical Hacking is done while adhering to the rules and regulations set by the legal authorities. Typically, the device owners or the organizations on which the ethical hacking is performed knows about the hacking that is being done on them. These days, ethical hacking is a special course taught by many official institutes. When completing the ethical hacking course, an individual can become a certified professional, White Hat Hackers and also become eligible for working for prominent IT companies.

What Is Unethical Hacking?

Unethical Hacking or Black Hat Hacking refers to when cybercriminals steal sensitive data, money, and overtake restricted networks and systems. The type of hacking is practiced to disrupt official website networks and infiltrate communication between two or more parties. Unethical Hacking is done quietly in the background, unbeknownst to virtually everyone.

We hope that it’s much easier for you to discern the difference between ethical hacking vs unethical hacking. Not only does our team with RHYNO Networks troubleshoot issues, we also take much pride in educating our clients on the basics. If your business is in need of comprehensive IT services, contact us today to get started!

In many scenarios, the migration of old systems is delayed because the…
Continue reading

Investors across the country recently reported to CNBC that hackers stole their…
Continue reading
Prev. Post
All Posts
Next Post
No Comments 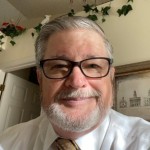